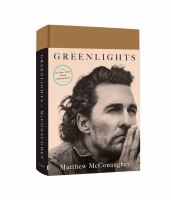 Unlike Val Kilmer's autobiography, this weird actor's biography is poor. I read 'Huckleberry' twice, because the anecdotes were funny, the stories were poignant, the philosophy was earnest, and the journey was moving. Not this one. The anecdotes were cruel, the stories were bizarre, the philosophy was fluffy, and the journey was often pointless. Add it to the list of 'wish I hadn't read it after all.'

The book is a series of anecdotes, mostly about overcoming adversity and turning negatives into positives. He grew up in a dysfunctional family with an overbearing, sometimes violent, redneck father, but he learned some valuable lessons about self-reliance from that father.

While a high school exchange student, he was assigned to live with a crazy Australian family who tried to control all his actions, but he asserted himself and was able to maintain his independence and move to a more normal home.

He was a film student struggling to find his first break when he won his first movie role, playing Wooderson in Richard Linklater's "Dazed and Confused" - a small part, but a memorable character in a movie that would later become a cult favourite.

When confused about his next step, he took a sabbatical to travel along the Amazon River or through central Africa or across America - in each case returning with greater clarity.

After establishing himself as a bankable leading man in romantic comedy films, he decided he needed new challenges and refused to accept any more rom-com roles. After a few months, the phone stopped ringing; but he eventually landed the lead in "The Dallas Buyers Club", which earned him his first and only Academy Award.

In each case, McConaughey was able to create a positive (or "Greenlight") through a combination of talent, positive thinking, hard work, cleverness, and perseverance. McConaughey comes across as an eternal optimist who lives life on his own terms. He was blessed with looks and talent, but he did not rely solely on that. He also comes across as a bit of an oddball, as he describes his drug use and his wet dreams.

Each chapter includes at least one poem or a philosophical statement or a "Note to Self" or a clever bumper sticker that relates to the coming or preceding story. It is a bit cheesy, but it works.

One wonders about the veracity of his stories: Did he really fight a champion wrestler to a draw in remote Mali? Was teenage McConaughey as successful at outwitting adults as he claims?

But we cannot doubt the entertainment value. McConaughey speaks with an engaging humor and his stories are fun.

On my list of 'people I'd most like to have a beer with.' It's easy to dismiss this guy as Hollywood fluff but that is a disservice to an original thinking, guy who is purposeful in his actions (well except maybe the bongo drum thing), and long-time reflective of his time and purpose in life.

I enjoyed this book more than I had expected to. Format is a bit chaotic with scrawled personal notes but worth the read for a talented person who set his life's course and doesn't hold back in pursuing all that our short time offers us.

Excellent book - I imagine the audio book would be even better. Highly recommended.

Amazing, insightful, a work of art, and a new way of thinking written in an easy to digest, funny, and humanizing way. McConaughey is a wizard with his words and the internal insights that I gathered from his book sprung me on a path of self-discovery. This book is a memoir but also a journey for my own self-discovery. I'm now on a path of establishing my own values, erasing what I *think* I should be doing, and livin this thing called life.

Highly recommend this book and I thank God that this book came across my path. Dance the music of life.

Before I started reading this, Ididn't know a lot about Matthew McConaughey except that he is from Texas and went to the University of Texas. But he is so much more. I love that this was unlike any other autobiography I've ever read. It's absolutely hilarious, sensitive and extremely personal. I loved it so much that I really want to listen to the audio book, which he narrates. My only "complaint "is that the pictures are really small. But they tell a very big story.